CHIP Funding Hangs in the Balance 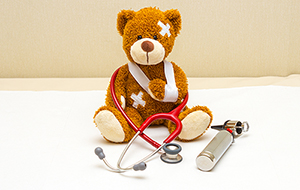 Federal funding for the Children’s Health Insurance Program (CHIP) is set to expire at the end of September, a change that would likely result in an increase in the rate of uninsured children in the US. But the Senate Finance Committee has proposed legislation that puts the wheels in motion to change that—by extending CHIP federal funding another five years. Complete details of the proposed legislation are not yet available.

What is CHIP?
CHIP provides health coverage for children in families with incomes too high to qualify for Medicaid but too low to afford other coverage. Since the program was established in 1997, the number of uninsured children has declined from 14% to less than 5%, with nearly 9 million children obtaining health coverage through the program in FY 2016. It’s important to remember that CHIP is not the same as Medicaid, and the two programs are funded separately.

States provide CHIP coverage through one of three approaches: the creation of a separate standalone CHIP program, participation in Medicaid expansion, or a combination of both.

Even if federal funding is discontinued, states that provide CHIP coverage through Medicaid expansion would be required to maintain this coverage under the ACA maintenance of effort requirement. In this scenario, costs to the states would increase as a result of a lower federal Medicaid match rate. States that provide CHIP coverage through a separate standalone program would not be required to continue offering this coverage.

How could this impact enrollment and the viability of CHIP?
A lack of federal funding for the program would mean budget pressure at the state level. This pressure would likely result in program changes that could drive increased costs and higher levels of administrative burden. For families, these types of changes would simply amount to confusion. While it’s not yet clear how states will react if funds were discontinued, it’s highly probable it would result in higher uninsured rates among this population of children.

That said, the recent proposed legislation out of the Senate looks to tackle the funding issue, making many hopeful that federal funding for CHIP will remain untouched.