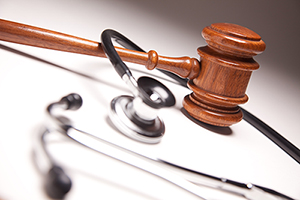 This month we are writing about two items that may seem to be unconnected but do have a common thread. First, providers and suppliers have once again suffered a setback in obtaining relief from the backlog of Medicare appeals at Medicare’s third level of appeal known as the Administrative Law Judge (ALJ) level. The severe backlog will continue, and it seems it may take congressional intervention to get the U.S. Department of Health and Human Services (HHS) to resolve this issue. Our second update concerns Medicare’s new “Probe and Educate” approach to audits conducted by Medicare Administrative Contractors (MACs). This is an attempt by Medicare to reduce the provider and supplier burden with respect to audits. While we applaud CMS for doing this, it does not address the overall problem of too many Medicare audits and the ever growing problem of outstanding appeals.

On August 11, The U.S. Appeals Court for the District of Columbia overturned an order requiring the HHS to clear its backlog of provider’s Medicare appeals by the end of 2020. The Appeals Court decision is a blow to providers that have Medicare Recovery Audit Contractor (RA) appeals pending at the ALJ level.

As background, on Dec. 5, 2016, U.S. District Court Judge James Boasberg granted a motion for summary judgment filed by the American Hospital Association in AHA v. Burwell. The lawsuit centers on the harm the RA appeals backlog is causing providers. The judge ordered HHS to incrementally reduce the backlog of 657, 955 appeals at the ALJ level over the next four years, reducing it by the following increments:

Over the next two months, HHS filed a motion asking the judge to reconsider his decision. The agency argued that it would be impossible to reduce the backlog on the judge’s schedule. In January 2017, Judge Boasberg denied HHS’ motion for reconsideration. This led to the department filing an appeal with the court of appeals.

The outcome of the Appeals Court’s decision is detrimental to the provider community. Providers, mainly acute hospitals, will continue to wait until the Office of Medicare Hearings and Appeals wades through more than 600,000 appeals, which could take 10 years or longer.

CMS utilizes the Medicare Administrative Contractors (MAC) to prevent improper payments through clinical documentation reviews. In the past, the MACs have selected their claims review based on many factors including service-specific improper payment rate, data analysis and provider billing patterns. The MACs may also use data from the Office of Inspector General audits and the CERT program.

In 2014, CMS began a program that combined a review of a sample of claims with education to help reduce errors in the claims submission process. New York State’s MAC, National Government Services, conducted mobile medical reviews at the provider site. These audits included provider education on the findings.

Under the new TPE program, MACs will focus on specific providers/suppliers within the service rather than all provider/suppliers billing a particular service. TPE involves the review of 20-40 claims for each provider, per item or service in each round of review, for a total of up to three rounds. Each round of 20-40 claim reviews is referred to as a probe.

This type of review is much smaller than previous reviews conducted by the MACs. After each round, providers are offered personalized education based on their specific review results. The MACs will select claims for items/services that pose the greatest financial risk to the Medicare program and/or those that have a high national error rate. Under previous TPE audits, the first round involved all providers for a specific service. Providers with high error rates after round two will continue to a third and final round of these audits. Providers that continue to have high error rates after all three rounds may be referred to CMS for additional action. This may include 100 percent prepayment review, extrapolation, or referral to the Recovery Auditor. On the other hand, providers may be excused from TPE after any of the three rounds if they demonstrate low error rates or sufficient improvement in errors rates.